MSc Industrial Digitalisation student, Elen Parry, created hearing aids and headphones that have been called ‘a fashionable fix for hearing loss’ (All3DP, 2018) and were the Design Council’s top pick at New Designers 2018. Elen discusses her socially inclusive designs and the process behind them:

When designing HeX, I set out to achieve a socially inclusive hearing aid, desirable to people both with and without hearing loss. People with disabilities often feel excluded and conspicuous because of their medical devices, so my aim is to reduce stigma and transform the ‘clinical’ appearance of medical devices. HeX blurs the lines between medical devices and wearable technology, which can extend human ability.

I modelled the earbuds using Fusion 360 software, which I was introduced to at PrintCity. From not knowing how to use the software, within eight months I had become fluent in Fusion 360, passed the Certified User examination and recently became an Autodesk Certified Instructor for the software. With my Fusion 360 model, I was ready to make use of the fantastic facilities available to me at PrintCity.

Initially, I printed the earbud as one piece in plastic using standard black resin on a Form 2 SLA printer. The plastic prototype was great for communicating the concept at an early stage. It was a tangible object that people could interact with to understand the scale and every try them on. I 3D printed a case with a working hinge using an Ultimaker S5, making use of soluble support material. This meant I could make a fully operational hinged case in just one print.

To communicate how the components will be assembled and to better represent the materials I intended for manufacture, I made use of the range of printing capabilities here at PrintCity. I used the Formlabs Castable Resin to print out a shell of the earbud to make a mould, burn out the 3D printed model and then cast the part in metal. This better represents medical grade titanium, the intended material for manufacture.

I have also made use of our Markforged Metal X to 3D print the shell in stainless steel. This combined with a resin cover to make a prototype that perfectly demonstrates the intricacy of the design. 3D printing allows each component to be precise, making assembly easy. As a result of exhibiting HeX at New Designers 2018, it was selected as the Design Council’s top pick and has since gone on to be featured in a number of leading design magazines, including Dezeen and Design Week.

I’m currently in discussions with companies in the hearing-aid industry about developing HeX. Having high-quality prototypes that accurately represent my ideas immediately puts confidence in companies and makes communication easier.

PrintCity has opened many doors for me. The PrintCity team, equipment, extensive stock of materials and innovative mindset makes it the perfect environment for me to design, create and realize concepts. 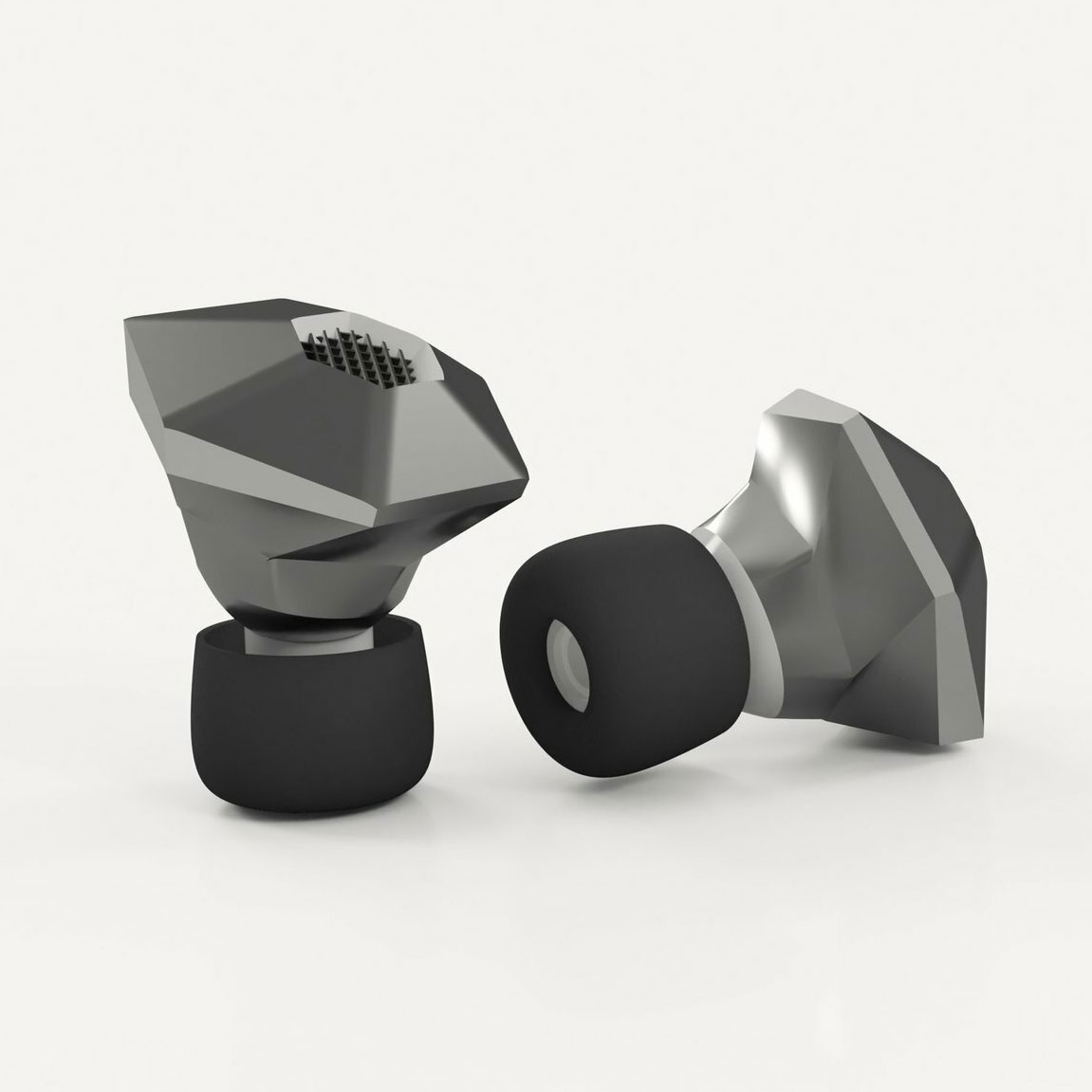 “I was able to make a leather dress with a shape that I would never achieve without 3D printed pieces.”

When and why did you engage with PrintCity? I first engaged with PrintCity during my degree at Manchester Metropolitan University. I had designed a sports product, which I wanted to …