Home » The PrintCity Blog » Meta Quest 2. Yours. To keep. Forever.

The last two years have seen dramatic growth in virtual reality applications across many industrial sectors, from retail to tourism, training, gaming and prototyping ideas for customers.

A report by Emerged Research expects VR technology to push the extended reality (XR) market to $1.25Bn by 2025. VR is now accessible, affordable and capable. Devices are lightweight, untethered and lack the latency or lag that once plagued attempts to bring VR to the masses. In 2020, just over 57 million people owned a VR headset in the United States alone but just two years later, another 38 million users had one.

Economists expect VR and AR (XR) to generate new economic opportunities worldwide. There are currently roughly 80,000 jobs that exist, with projects forecasting a further 2.3 million by 2030.

At Manchester Met, we recognised a while ago that this industry will need the right people with the right skills to be able to meet these roles. So, we are announcing that students who enrol on the MSc Digital Design and Manufacturing programme from September 2023 will be provided with their own Meta Quest 2 All-In-One Virtual Reality Headset. To keep. Forever.

As part of the MSc programme, students will develop immersive environments using Unity to exhibit their designs for cases when a 3D printer cannot accommodate them at scale. They will also be used for virtual meetings and discussions between the Master’s cohort and for research.

The VR system will remain the property of MMU until the successful completion of the MSc Digital Design and Manufacturing programme. Further terms and conditions will be provided during induction and enrolment. 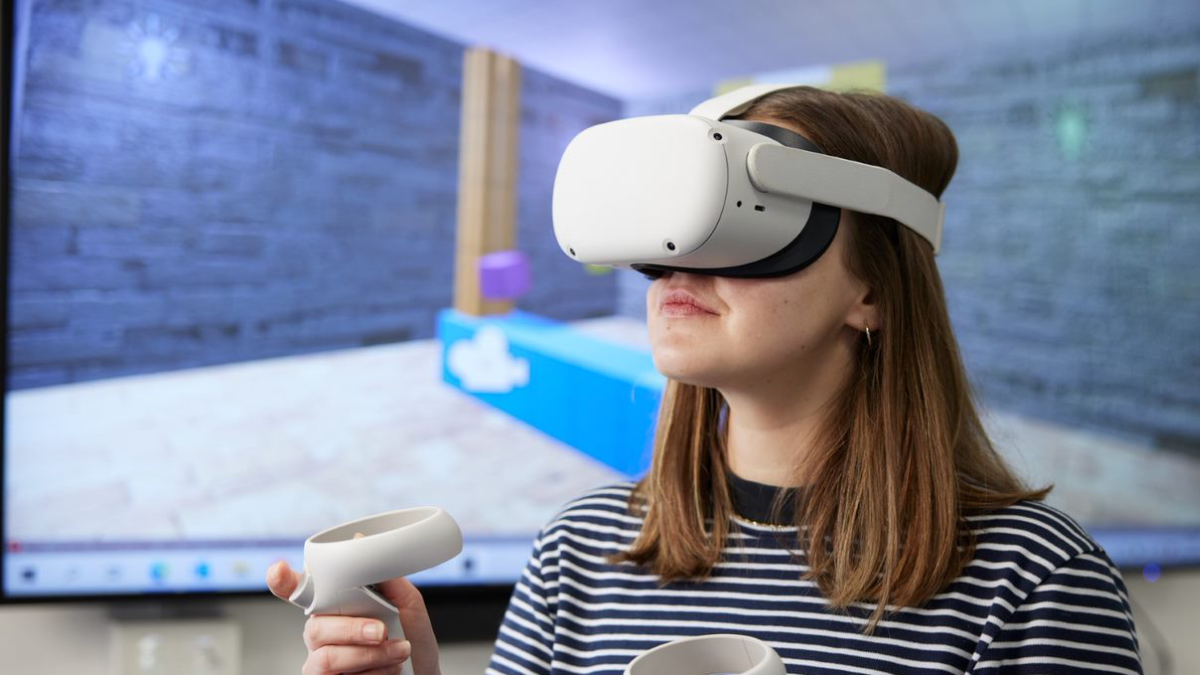