Student selected from thousands to present at Autodesk University

Manchester Metropolitan University student Mark Chester from MSc Industrial Digitalisation has been accepted to deliver a hands-on training lab as part of Autodesk University in Las Vegas this November. Mark’s proposal, ‘Getting the Right Fit – Designing Footwear in Fusion 360’ was selected from more than 2400 submissions.

It truly is a monumental achievement to be accepted to speak at Autodesk’s largest event in their calendar. Held annually in Nevada, AU attracts over 10,000 industry professionals from construction, manufacturing, architecture, engineering and media creation.

It will be the culmination of a wonderful year for Mark who, despite being a full-time MSc student, also delivers training on Autodesk Fusion 360 CAD software across the UK to schools, colleges and most recently, to the staff with the Department of Engineering at Manchester Metropolitan University where he outlined the capabilities of ‘Generative Design’.

In June, Mark made a whistle-stop tour of North America over the course of 10 days where he visited the Generative Design Field Lab in Chicago, Pier-9 in San Francisco and the International Society for Technology in Education (ISTE) conference and Expo in Philadelphia.

Earlier in the year, Mark tweeted a computer render of a park bench designed using the generative design features of Fusion 360. It was spotted by Fusion 360 Vice President and General Manager Stephen Hooper who has since instructed two teams to manufacture it full size for installation at Manchester Met. US company Aristocast are making a cast metal version of the bench whilst in Birmingham, an additively manufactured version is underway.

All staff at PrintCity are delighted for Mark and wish him all the best in Nevada this November; the month when he will also receive his MSc result. 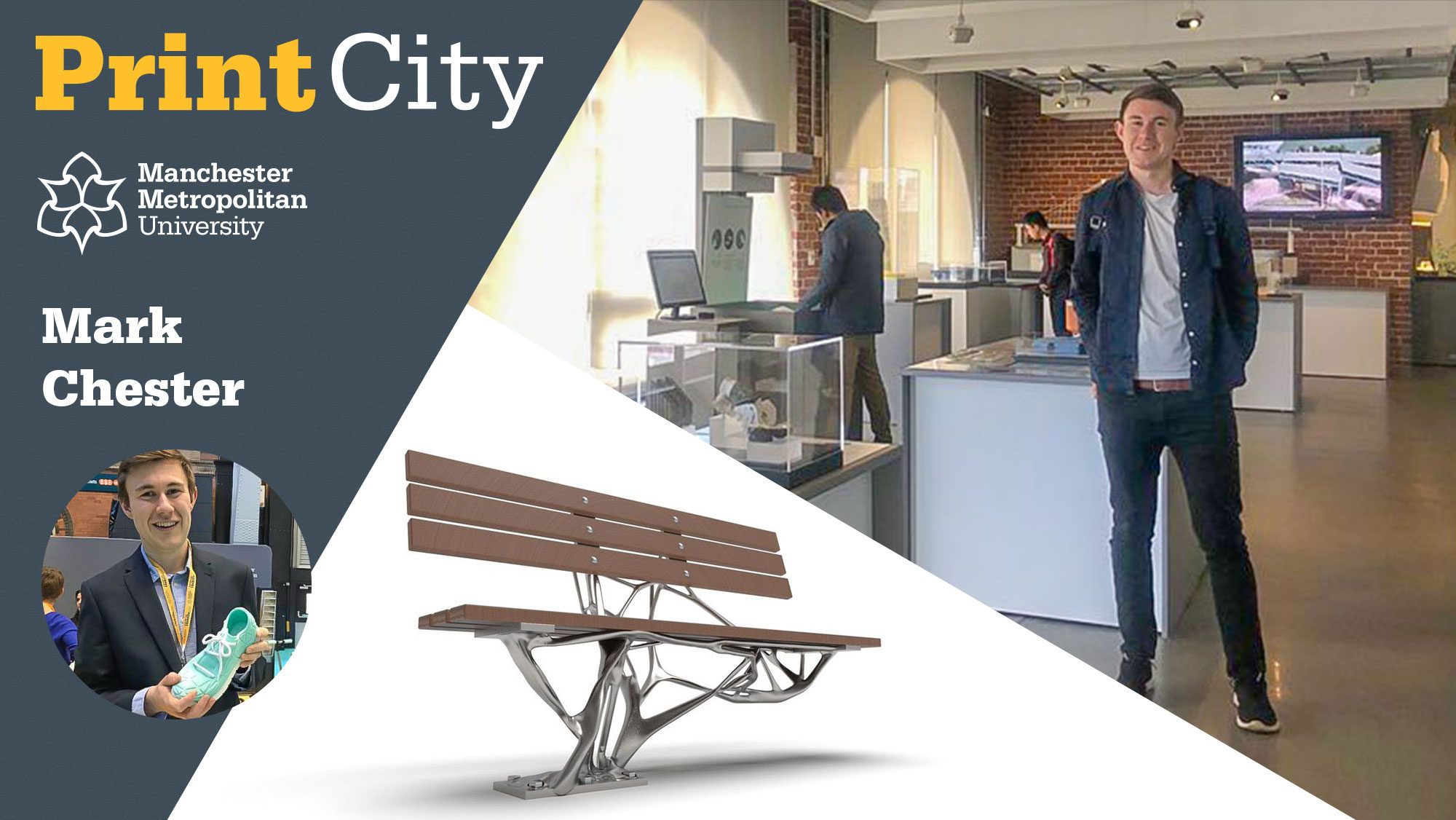